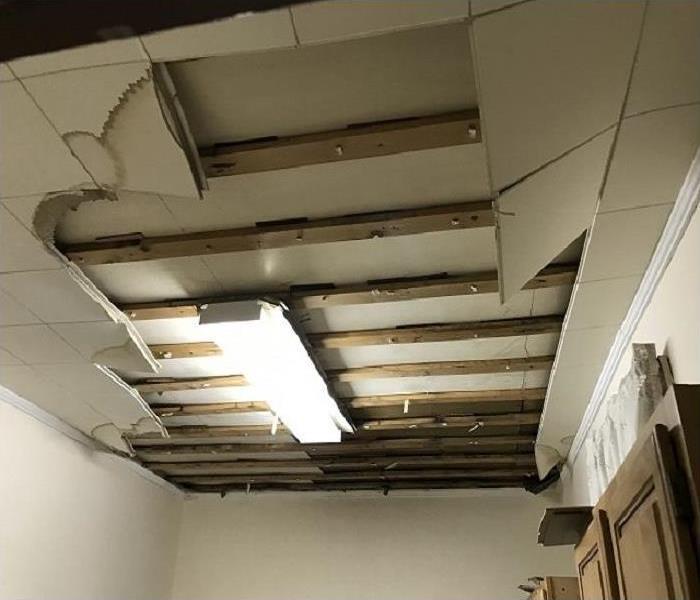 SERVPRO walked in to the home to find the kitchen ceiling on the floor.

SERVPRO of Columbia, Montour & Sullivan Co was called to a water damage cleanup, which also included a cleanup due to the resident of the home. The resident suffered an emotional and psychological attack when seeing the water loss to the kitchen on first floor, caused by a forgotten bathtub faucet running. The resident mistakenly wanted to save her belongings on the second floor from getting wet by throwing all clothing and smaller furniture down the stairway. This caused a hazardous condition for SERVPRO personnel to remove the clothing blocking access to the second floor, but we also had to be very careful to secure the furniture from crashing down on top of personnel. The clearing of the stairway took over two hours. We found the bathroom was the only room affected on second floor. The resident’s bedrooms were unaffected by water. The kitchen, however, required almost 50% demolition, including the cabinets and counter top, damaged by water.