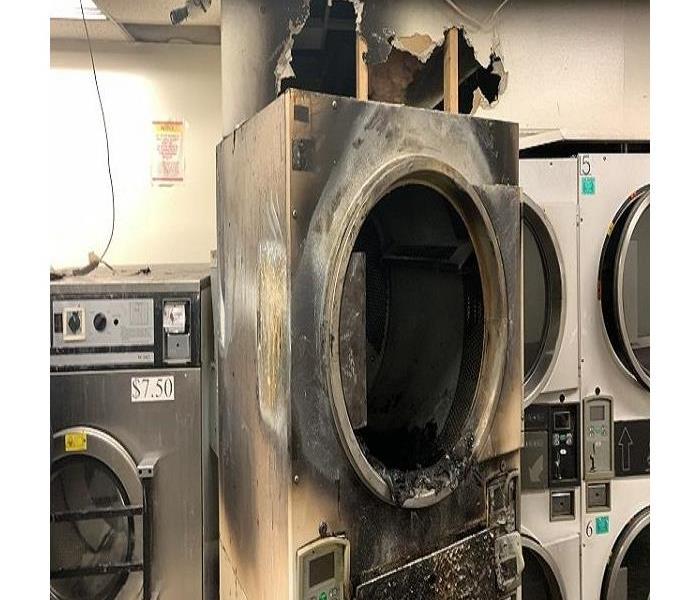 SERVPRO of Columbia, Montour & Sullivan Counties was able to have the business open quickly!

SERVPRO of Columbia, Montour & Sullivan Counties had received a call from a local laundromat, regarding a small fire. There was a minor fire which affected the use of commercial dryers, but also placed soot throughout the laundromat and connecting hallway. SERVPRO arrived onsite to start mitigation, which involved removal of drop ceiling tiles, hepa vacuuming soot webs and debris. Our crew was able to have the main area open for use within one day, with the remaining areas open for use shortly thereafter.

Call SERVPRO of Columbia, Montour & Sullivan Counties for all your smoke, soot, water or deodorization needs! We are always here to help 24/7 at 570-759-0966.